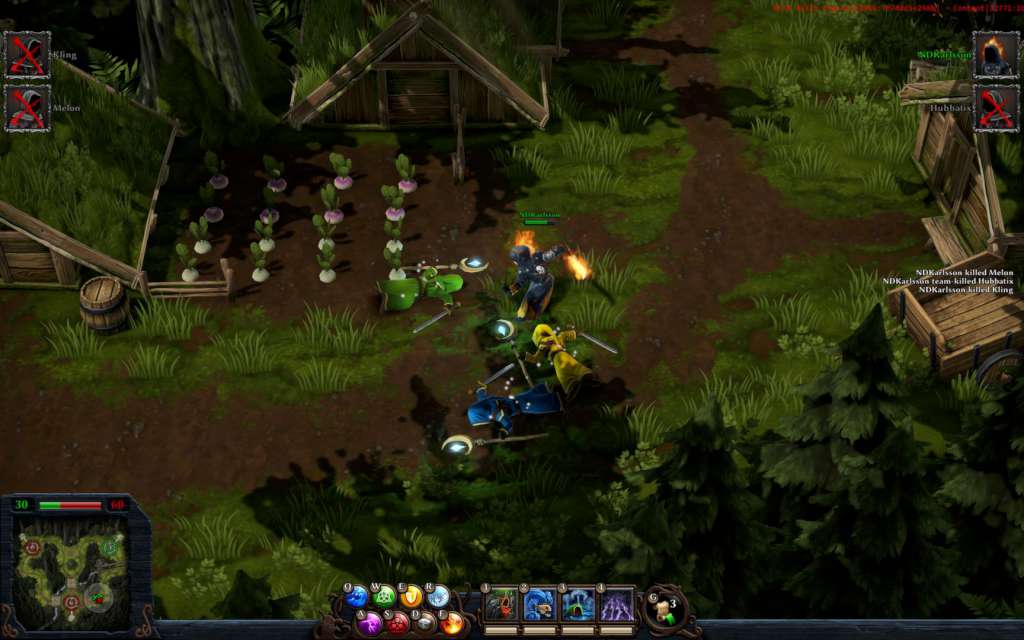 
Also not disclosed on camera is that the magicians get assistance. We have magic consultants, we have builders. We build a lot of stuff ourselves but we get help from them if we need to do certain things. There were some cases, we heard from the producers, where their second routine was unbelievable but they lost the first round, so you never got to see that.

After Las Vegas performances, when Penn and Teller greet audiences, they now hear about the Syfy series. Every time we push the envelope with in how much we share with the audience, we find out the audience is right there with us. He has covered reality television for more than 18 years, and created reality blurred in A member of the Television Critics Association who serves on its board of directors, Andy, 41, also directs the journalism program at Stetson University in Florida, where he teaches creative nonfiction and journalism.

He has an M. But their Wizard round act wasn't as good as the Wizards. One of the judges even commented that they had set such a high bar with their first act, that it would be hard to top it. The fact that there were a bunch of Pepsi tricks makes it better. It's clearly a combination of effects which cover for each other and make it even better. The only thing I didn't like is that they were very clearly pre-set props with Justin acting like they weren't.

I don't believe one table had Pepsi when everyone else had water, and that it was served both in cans and glass bottles. Not a big deal, but don't stretch my disbelief before you even get to the magic. Very happy for those challengers who won. Great stage presence and humor, with decent tricks. Did anyone catch if they'd worked together before or this was their first meeting? So I didn't realize this, but apparently the show is done for now. They only did a run of six episodes. However, SyFy considers it a success and picked up 6 more, starting in January. Which gives them time to change the format a bit, if they want.

I wouldn't mind seeing some of the suggestions in this thread get put into practice. So happy that Billy is one of the Wizards now, her and Shimshi had a great chemistry. Great addition. I don't know how they did that teleportation hand trick!! The competitors were also very good, although I was sad that they didn't do as well the second round needed more Sean, it became all about the Greg. But I don't think there's ever been a standing ovation on this show before.

Too bad they didn't change anything about the format but oh well. I like the new Teach-A-Trick segment, though. I agree, the competitors were amazing in the first round and fell off a bit in the second. I wanted them to win, but there just wasn't enough pizazz when they needed it. The combination of odd camera cuts, dishonest representation of prep time, and too-convenient audience selection made their skepticism very easy.

So I found myself watching the magicians do an impressive slight-of-hand combination and viewers go "well that person's a plant, they signed another copy backstage". It's a meta version of what Penn said with the ice on that last trick - they did it the hard way but the reveal made it look easy. So I too wish they'd changed up the format a bit.

I think this structure reduces the potential audience to those willing to see the mechanics for what they are. But speaking as such a person, I did enjoy it. Very happy too. It's a shame that Mentalist girl seeming had to get the shaft for Billy to be on. I mean I guess there must be a "one female Wizard" rule. That was a good episode this week.

Especially the second set, with both challengers and Wizards mixing good tricks with a cohesive theme. That's always worth a lot of points with me when it's not just random tricks but a package. I don't mind Ellen Fox's role so much. But having a host separate the "camps". The judges aren't the wizards aren't the hosts. She represents the production so we accept that it's a fair competition.

By contrast look at something like The Apprentice. Trump is producer, host, judge, sponsor, and sometimes recruiter. Aside from the fact that he's ridiculous in his own right, he also blurs the lines so much that we pretty much expect he knows who's going to win before the show starts. Wizard Wars, while a much lower-profile show, at least makes that separation. The Wizards are really showing why they are wizards so far this season, which is great. 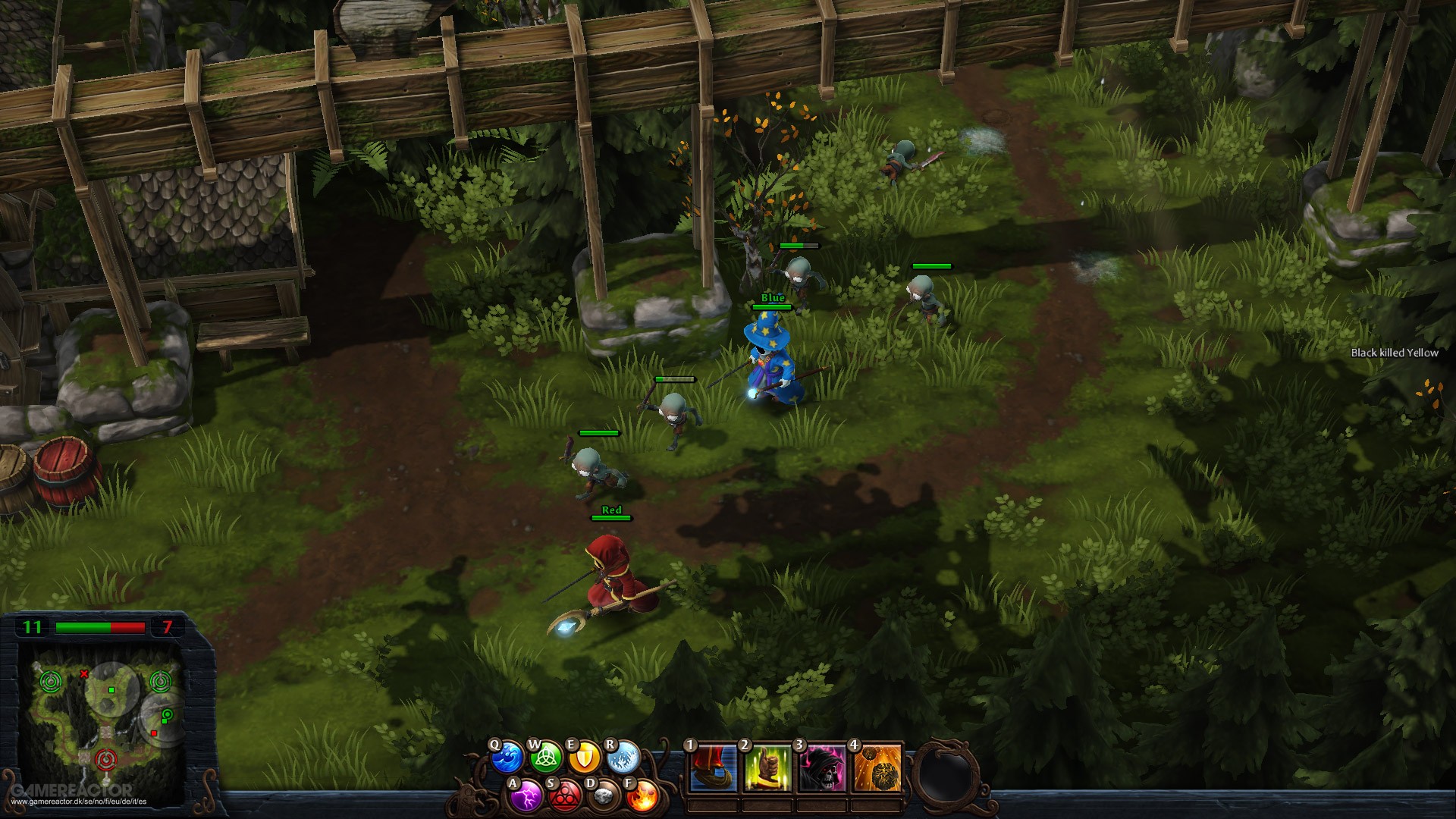 The competition was really close and so far, no one's been repeating the same trick over and over. Have you ever seen their "saw the woman in half" trick? First used on Letterman I think. They play it for humor and shock, but it's the same basic premise. They'll show us why the trick is safe and then "Oh no! Speaking of whom, I did enjoy their card trick interlude. My favorite was just the subtlety of it.

Penn going "somehow Teller knows that you cut 19 cards, I don't know how he does it" just amuses me. I wasn't as impressed by the challengers this week. The wizards were fine and brought it home, but neither pair was doing anything really that impressive. Also way too much use of curtains for a single show. It was not only noticeable by the quantity, but when they're obviously hiding something I start thinking about camera angles. And for a show that explicitly says "It's important you know that we don't use camera tricks" there are a lot of convenient cuts. Combine that with the implied dishonesty of the prep time and it really hurts the credibility.

Like there's a "one female mentor on The Voice" rule.

Justin's fakeout premature ending is something they can't do a lot but it really worked there. I noticed that the audience selection was considerably more random than in previous episodes. Normally they just pick someone for speed. This time there was the judge choice, the pillow toss, the popped bottlecap I wonder if that's just coincidence or if they got feedback that audiences think "plant" when the magician makes the choice?

I would love to see the money go to challengers who are a tie to the Wizards! There have been many that I have seen that did great jobs but left empty handed, boo.

To be fair, Shark Tank finally ditched that rule. Unfortunately it came at the expense of the only black Shark. So now they alternate Barbara and Damon being on rather than alternating Barbara and Lori who seems to have been "promoted" so she's on every episode now, Barbara or no Barbara. Personally I liked the domino prediction better than the pick vanish.

Even though on a second watch I was also able to see how it was done, and I only have vague suspicions about how they teleport objects, it still seemed more hands-off to me.


I guess that's a difference between the magician judges and me as a non-performer. They're giving extra points for difficulty whereas I don't know enough to do that. If I'm being honest, all of the stuff with the picks totally bored the hell out of me. It was too small scale. Also I get really annoyed with magicians who say stuff like "here's the crazy part" during their act there was one last season who did it , and one of the guys on this latest team seems to also have that as part of his default patter. We also got a "Whaaaaaat? I consider any magician who has to "coach" audience reactions in that manner to be a failure.

I'm going to say "Flamingos and Fishing" or as they officially called it, "Walking on Water" is probably the weakest show they've had. I wasn't overly impressed, and that was before the judges revealed how much editing helped them with dead air and errors. Too bad, because the competitors seemed like good guys, but I guess something has to be weakest. Seeing it in the credits again, I was reminded how much I really liked Shimshi's backflip trick last week. That's a creative idea to take a physical feat and turn it into a trick. And a well-done trick at that. The show did well and got picked up for a second season.

During the period between seasons, CW decided to start making Fool Us episodes. And they did very well - on a bigger network with a bigger budget. Because it causes confusion. Every time we push the envelope with in how much we share with the audience, we find out the audience is right there with us. He has covered reality television for more than 18 years, and created reality blurred in A member of the Television Critics Association who serves on its board of directors, Andy, 41, also directs the journalism program at Stetson University in Florida, where he teaches creative nonfiction and journalism.

He has an M. Learn more about reality blurred and Andy.


Get advice about what to watch and keep up with the latest in reality television with reality blurred's e-mail newsletter. Just enter your e-mail address:. It was created in by Andy Dehnart. He's still writing and publishing it today.