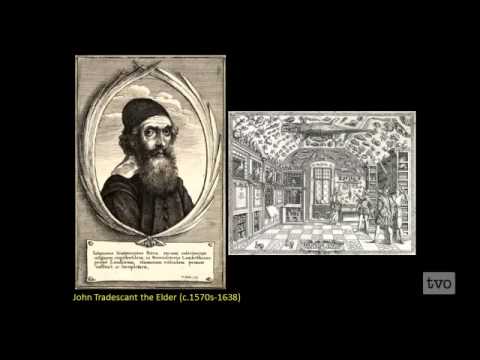 In the slow beginnings of natural philosophy, most people were engaged more often in trying to support their families than asking questions. Those few who might have been curious were disconnected from one another, not often working together or sharing their knowledge before technology like the printing press even made such things possible.

Even for those who might have had time and the means to wonder at the natural world, in the past it wasn't always encouraged or acceptable to inquire into the unseen workings of Mother Nature. Religion, politics, education — these were all factors in circumventing or discouraging a curious mind.

At times the authorities acted decisively to bring scientific inquiries to an end, and science suffered major setbacks. When did natural philosophers get better at asking and answering questions? And when were the most prosperous times for them to pursue their curious questions without fear of reprisal? Philip Ball, a freelance writer in London, dives into the question of how natural philosophers of ancient times and into the Middle Ages morphed into our idea of modern-day scientists: experimenting, questioning, and finding out answers.

Over time they picked up some of the steps that would become known as the scientific method. They started comparing results, double-checking their answers, and building a solid knowledge base.

Once upon a time it was downright gauche to question the hows and whys of our world. Thankfully, times have changed. Ball delivers an exhaustive account of the economic forces, shifts in educational systems, and other factors that have shaped science as we know it.

So far. There was a shift during the scientific revolution from asking sprawling questions to considering just about everything, with nothing deemed too trivial or frivolous. It was in the 17th century that science emerged as a modernizing force.


It became acceptable to question why the butterfly has tiny feathers on its wings but isn't a bird, or why two seeds might look alike but a different shoot could emerge from their shells once planted. There's no record of the Heavens striking down such inquiries, though the earthly representatives of the Church could be a little more heavy handed. Ball examines the juicy details about secret scientific societies that recruited clever men of their era and met under the cover of night.

Some of the great minds eschewed such societies while others reveled in their arcane activities. These could contain shrunken heads, insect and animal specimens, or chunks of sparkly rocks, among an incredible assortment of objects. Unfortunately, Ball's pedantic tone makes the text quite dense and challenging to absorb. You have to be ready for the effort of focusing on the lengthy and convoluted paragraphs in order to learn something.

If you're up to the challenge, the depth and extent of Ball's research will be very rewarding. As any proper scholar would, Ball includes at the back of Curiosity a Notes section, a Bibliography, and an Index.

The Allure of the Archives

With the Internet at our fingertips, time is all it takes, and not much time at that, to seek out almost endless information. We can build on past discoveries and join knowledge more efficiently than ever before. Any curious person with a connection to the world wide web can find themselves drawn down the rabbit hole of abundant information. Perhaps rather than simply being curious, the journey is now about asking the right questions, and understanding how the world's knowledge is indexed along with the steps necessary to retrieve it.

The majority of the digital copies featured are in the public domain or under an open license all over the world, however, some works may not be so in all jurisdictions. Sign up for our newsletter! The latest wonders from the site to your inbox. Once every two weeks.

Like many sites, we use cookies — small text files placed on your device used to gather info about how the site is being used and provide basic functionality such as the shopping cart. This use is minimal and doesn't identify you as an individual.